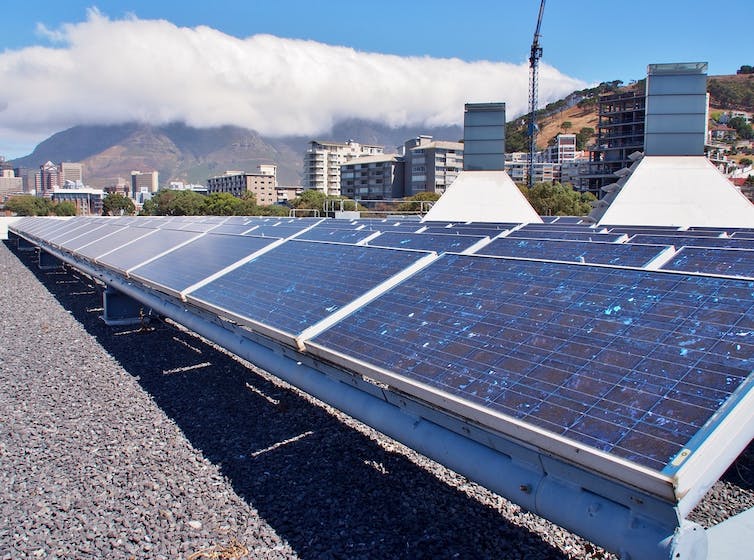 The South African Ministry of Energy is to release an updated electricity plan this month. Analysts will be hoping it will launch the country’s power sector into a modern sustainable, clean power future, and that outdated and financially unfeasible facets of previous plans will be laid to rest.

The Integrated Resource Plan projects the country’s long-term electricity needs and defines the infrastructure developments needed to meet power production. Government uses it to work out the number and type of power stations to construct, as well as the time frames for their commissioning and the occasional retirement of old plants.

The intention was to update the plan every two years. But the last plan, adopted in 2011, is already seven years old. It envisaged a substantial increase in electricity demand from 39GW in 2010 to 68GW in 2030. The extra capacity was to come from an additional 9.6GW of nuclear power, 17.6GW from solar and wind renewable technologies (which were quite new at the time) and 6.3GW from new coal plants.

Draft revisions were prepared in 2013 and 2016. They lowered the long-term forecast for electricity consumption, expanded the proportion of renewable energy in the mix and postponed the construction of new nuclear plants, even suggesting that these might not be needed at all. The less steep electricity consumption growth rates are a consequence of technological improvements allowing better energy efficiency and the sluggishness of the mining sector.

Government never ratified the updates. There was speculation that this was because they undermined the strategy favoured by the administration of Jacob Zuma, President of South Africa until February 2018, to expand nuclear power production rapidly.

Electricity consumption projections are a lot lower now than the 2011 plan expected them to be. Even the 2016 draft projected that long-term electricity demand would be about 30% lower than estimated five years earlier.

Ten years ago, power cuts were common in South Africa. Now, with lower demand, there is a substantial surplus of electricity. South Africa has also been affected by better energy efficiency strategies that have led to energy consumption remaining steady – or even falling – in some of the world’s most developed nations.

The new one will provide greater clarity on the future importance of coal in the energy mix.

As a signatory of the Paris Agreement on climate change, South Africa has committed to reducing carbon emissions. This implies it will gradually close most of the existing ageing coal plants. Trade unions are gearing up for a fight against potential job losses should this happen.

One would expect the new plan to show when all major coal plants will close, except for the new Medupi and Kusile plants, which aren’t even completed yet. Closing plants rapidly would signal a serious effort to meet Paris Agreement emission targets. Longer lifespans would signify a concession to the labour sector.

It will also be interesting to see if there are any indications that Medupi and Kusile may not be developed to full capacity. That’s an option for saving costs.

In contrast to the stridently pro-nuclear executive under Zuma, the administration of President Cyril Ramaphosa has ruled out nuclear developments in the current economic climate. As economists are not forecasting major sustained growth any time soon, this effectively rules out any major nuclear development in the coming decade.

The first reason is that a 9.6GW new nuclear build would be hugely expensive. In addition, recent nuclear builds elsewhere in the world have been plagued by serious delays and cost overruns.

Secondly, the South African public doesn’t trust new nuclear developments. That’s because of the irrational way in which Zuma tried to push the nuclear project ahead.

It will be interesting to see whether the plan makes provision for more nuclear plants to come online in about 2040, or whether nuclear is taken out of the mix altogether.

The falling cost of renewable energy has changed the energy sector globally. Solar and wind power generation is steadily expanding in most countries, and may dominate global electricity production within the next generation.

The chief argument against wind and solar technologies is no longer cost, but rather their dependence on weather and the day-night cycle. Even that argument is weakened by better energy storage and the fact that it’s now easier to predict the weather.

It’s now possible – in theory – that a country could get all its power from renewable energy. Costa Rica may become the first to do so.

It’s unlikely that South Africa’s new energy plan will commit to 100% renewable power in the foreseeable future, but energy analysts will be keen to see the target for 2050.

Another point to look out for is cost projections for renewable power. The 2016 plan failed to base its projections on a steady downward cost trend. The new energy plan is expected to rectify this shortcoming, boosting the prospects for renewable energy.

The electricity grid of the future

There are strong international trends towards a more decentralised electricity supply structure. Much of the power consumers need will in future be generated within municipalities, inside a small cluster linked to a microgrid, or on site through domestic solar panels and other small-scale devices.

Advances in energy efficiency and storage technologies will also steadily decrease the demand for electricity from an external supplier. Massive power plants and extensive high-voltage electricity grids will become less critical than they are now.

South Africa will be looking for a new energy plan that leads the way into the new global energy landscape.

This article was originally published on The Conversation. Read the original article.