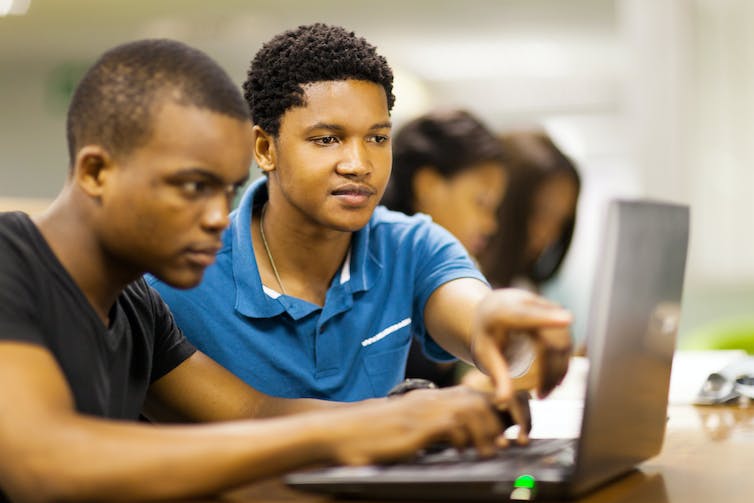 South Africa’s Minister of Basic Education announced a 2018 matric pass rate of 78.2% in the first week of January as well as a number of other significant achievements. These are academic results of students in their final year of high school. The results are used to gauge the state of the country’s education system. Based on this performance, the argument is that South Africa’s education system is on the right track and making steady, if slow, progress.

Whether the country accepts this or not, the question that needs to be asked is what these matric results mean for higher education, and more importantly, for the future professions that top matriculants aspire to.

One of the purposes of the National Senior Certificate – South Africa’s main school-leaving certificate – is to identify students who are sufficiently prepared for tertiary study. While tertiary education is not for everyone, the country needs a pool of talented matriculants to provide the high-level skills it needs for its economy and broader society.

So how is South Africa doing? I illustrate the progress by looking at the subject of mathematics. Mathematics develops logical reasoning and problem-solving and hence a “gateway” subject for many of the professions such as engineering, commerce and health sciences.

What do the final exam results say about the size and quality of the pool of matriculants who passed mathematics? What does their performance at tertiary level demonstrate about the pool of graduates ready to enter a workforce affected by changing work environments, particularly the rise of technology?

From the point of view of selective universities who require 80% and above for programmes in commerce, engineering, science, health sciences and quantitative social sciences, the pool is extremely small. Out of the total mathematics writers, 5828 passed with distinction (80% or above) which is only 2.6% of mathematics writers.

From this very small pool, universities then compete to attract and retain these highly talented students. How well are they doing? Data collected on the past three years performance (2015-2017) of an entry-level mathematics course in one of South Africa’s selective universities shows a sobering reality: those who come in with a National Senior Certificate mathematics mark of 90% and above pass the course (with an average mean of 64%). Those who entered with a score below 90%, fail the course.

This is a course convened and taught by award-winning, highly committed teaching staff, where significant resources have been allocated to provide additional support for students, including an extended degree taught by highly experienced teaching staff.

South Africa can draw two conclusions from this data: firstly, although growing and strengthening this pool will require efforts at the primary and secondary level, the onus for growing the pool of qualified graduates lies with higher education. This underscores the argument made in 2013 by the Council on Higher Education which pointed to a systemic failure of universities because they were failing to graduate the strongest pool of students that the schooling system had to offer.

Even if the schooling system is able to enlarge the pool of matriculates passing mathematics, the data suggests that this will not inevitably result in a larger pool of students who succeed in mathematics as a gateway to their chosen field of study. There is a great deal of work to be done at the university level to grow and strengthen the pool from the existing talented school leavers.

Secondly, the problem of the “gap” between schooling completion and university preparedness is not new. Nor are solutions: South Africa has 30 years of interventions aimed at addressing this problem. However, a critical look at the high failure rates in these gateway courses (such as mathematics, physics, statistics, economics) despite a wide range of interventions would suggest that the sector is not doing as well as it should.

Perhaps some of the persistent educational problems, in part due to gross educational inequalities, require a different way of thinking. Perhaps the higher education sector needs to shift its resources from interventions for those deemed “at risk” (thereby leaving the rest unchanged) and to focus on systemic change. This means focusing on structural changes and the core business of teaching and learning itself –- curriculum that is flexible to accommodate diversity, teaching that actively engages students, an assessment that not only tests but promotes learning.

Contrary to the perception that this constitutes a “lowering of standards”, these systemic changes will profoundly raise the quality of teaching for all.

Higher education has no choice but to work with the pool of talent it receives. The challenge is how.