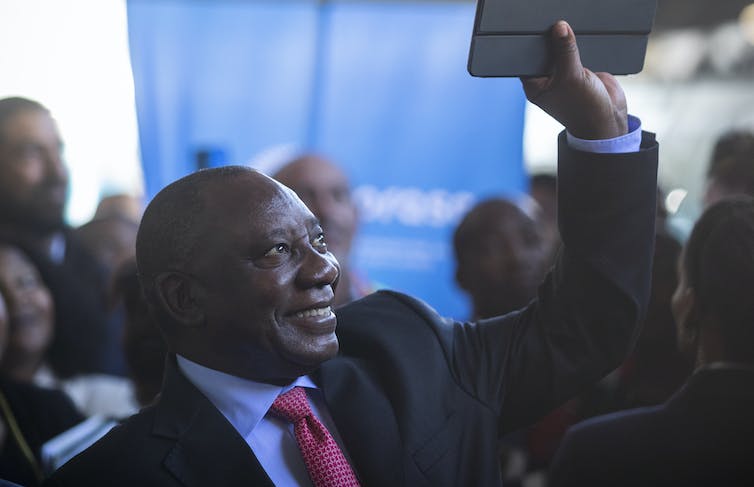 The latest research into the voting preferences of South Africans finds that trust in the country’s president is the single most important predictor of the potential party choices at the ballot. If voting behaviour follows suit this could be the key to understanding the success of the African National Congress (ANC) on election day – May 8.

The findings suggest that recent leadership changes in the governing party and government have bolstered trust in the presidency of Cyril Ramaphosa compared with his predecessor Jacob Zuma. The research suggests that this factor is expected to be a significant predictor of voter behaviour.

To understand what the influence of Ramaphosa’s presidency is likely to be in the upcoming elections, researchers from the Centre for Social Development in Africa compared the most recent survey results with those of an earlier survey conducted during Zuma’s presidency. Trust in the presidency under Zuma was at 26%. This time around that number had gone up to 55% – 29 percentage points higher than under Zuma.

The study was done based on a nationally representative sample of 3 431 respondents. This is considered reliably representative of over 38 million potential voters. It’s the second of a three-part study to understand the links between socioeconomic rights and what drives voter choices in the coming elections.

To understand the shift in support for the ANC versus the opposition parties the researchers constructed two models for analysis of the most recent survey results. This was to control for the change in leadership.

When Ramaphosa was removed from the equation, governance or trust in institutions such as parliament and the courts was no longer a predictor of voter preference. But when inserted as a factor on its own and independent of trust in institutions, trust in the presidency emerged as the single most important predictor of voter preference for the governing party in the upcoming elections.

These findings echo other recently released studies and polls which predict that the ANC is likely to win the upcoming general election.

Differences between the first and the second survey

Our first survey in 2017 was conducted at the height of the leadership contest in the ANC. At that time party loyalty wasn’t found to be a predictor of voter choice. But it emerged as a predictor in the 2018 survey.

Given this, it appears that trust in President Ramaphosa may have rekindled loyalty to the party that brought freedom and democracy to South Africa.

The findings seem counter-intuitive or contrary to what one might expect given the social, economic and political instability in the country. For example, how does one account for the changes in voter preferences at a time of growing economic insecurity, near-daily exposure of corruption in high places, loss of trust in institutions, and poor government performance in service delivery?

The answer is that voters make decisions based on a complex set of variables.

The reasons for voter choices in this election appear to be more nuanced and complex than usual as citizens are struggling to make difficult choices. On the one hand, trust in the presidency is a predictor of preference for the ANC; on the other hand, it’s clear that factors such as corruption also hold sway for voters. Over 70% of all respondents in the recent survey thought that corruption had increased in the past year.

Given this, it’s likely that trust in Ramaphosa’s leadership may be based on the respondents’ favourable perceptions of his personal attributes as a leader such as his personal integrity, his knowledge and skills and experience. Other factors that might have worked in his favour include the establishment of commissions of enquiry to investigate corruption. For some voters, these factors will trump their concerns about corruption.

The data also shows that women voters (who in the first survey were more likely to vote for the opposition) have shifted their support back to the ANC. A highly significant factor in voter choices is the fear that they would lose their social grants if another party came to power. This clearly speaks to securing personal, family and material well-being.

The survey results present a nuanced picture of the complicated decision-making at play where potential voters are weighing up the issues and making conscious choices of who to vote for based on these judgements.

In spite of the numerous constraints that the Ramaphosa presidency faces, the shifts in voter choices reflected in the study suggest a degree of hope that the ANC under new leadership can still lead the country towards better days.

Should the president and the ANC win the election, the natural next question will be: can Ramaphosa meet these expectations and rebuild public trust and confidence in government, the economy and democracy?

Considering the structural constraints that he faces, as well as those imposed on him by his own party, it will be a tough task.